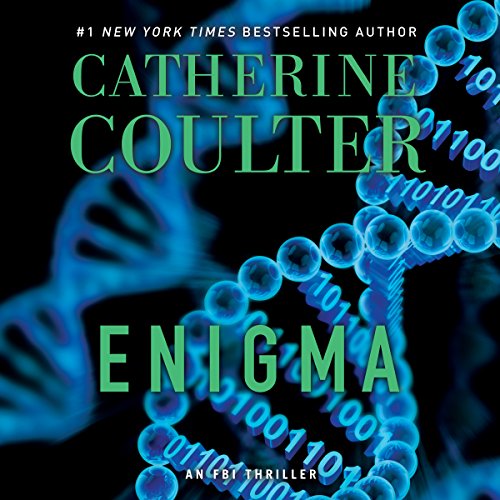 After Agent Dillon Savich stops a crazy man from harming a pregnant woman, the man unexpectedly falls into a coma. Doctors discover a drug in his blood they can't identify, and his only identification is a yellow wristband marked E 2. Did this John Doe escape from a mental hospital? And why was he at the pregnant woman's house? When her newborn baby is kidnapped from the hospital, Savich realizes there's a connection between the kidnapping and the unconscious John Doe. DNA tests uncover a startling fact: his cells are unlike any other—he's an Enigma.

Savich, Sherlock, and an FBI team of experts must find the kidnapped baby, uncover the link, and determine what bizarre drug was used on John Doe and, most importantly, why.

Meanwhile, Liam Hennessey, aka Manta Ray, a convicted bank robber, escapes from the Federal Marshals on his transport to a federal penitentiary. He and his "handlers" are seen going into the Daniel Boone National Forest. Savich sends Agents Cam Wittier and Jack Cabot after them.

Why break out this violent criminal? Or did the safe deposit box he stole and hid before he was captured contain something critically dangerous to somone? Wittier and Cabot are in hot pursuit. What they discover turns the case sideways.

Coulter's dual-plot thriller will keep you guessing as Savich, Sherlock, Cabot, and Wittier uncover surprise after surprise in this race against the clock until the shocking conclusions.