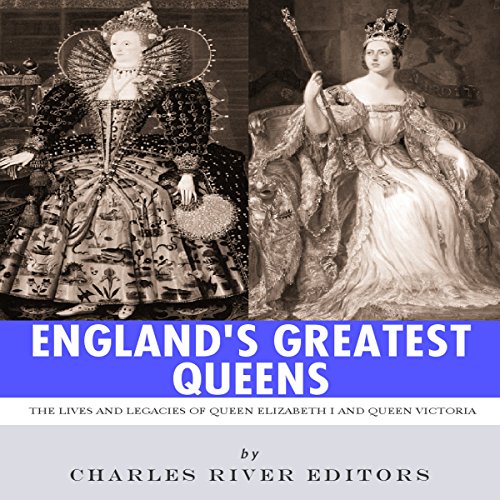 England's Greatest Queens: The Lives and Legacies of Queen Elizabeth I and Queen Victoria

England's Greatest Queens: The Lives and Legacies of Queen Elizabeth I and Queen Victoria

"Since it has pleased Providence to place me in this station, I shall do my utmost to fulfil my duty towards my country; I am very young and perhaps in many, though not in all things, inexperienced, but I am sure that very few have more real good will and more real desire to do what is fit and right than I have." - Queen Victoria, 1837

England has had no shortage of influential monarchs, but only Queen Elizabeth I and Queen Victoria had their nation's age literally named after them. Both the Elizabethan era and Victorian era have come to symbolize a golden age of peace and progress in every aspect of British life, with the long reigns of both queens also providing stability.

When Queen Elizabeth II came to the throne in 1952, many commentators heralded the beginning of her reign as the second Elizabethan age. The first one, of course, concerned the reign of Henry VIII's second surviving daughter and middle surviving child, Queen Elizabeth I, one of England's most famous and influential rulers. It was an age when the arts, commerce and trade flourished. It was the epoch of gallantry and great, enduring literature. It was also an age of wars and military conflicts in which men were the primary drivers and women often were pawns.

Elizabeth I changed the rules of the game and indeed she herself was changed by the game. She was a female monarch of England, a kingdom that had unceremoniously broken with the Catholic Church, and the Vatican and the rest of Christendom was baying for her blood. She had had commercial and militaristic enemies galore.