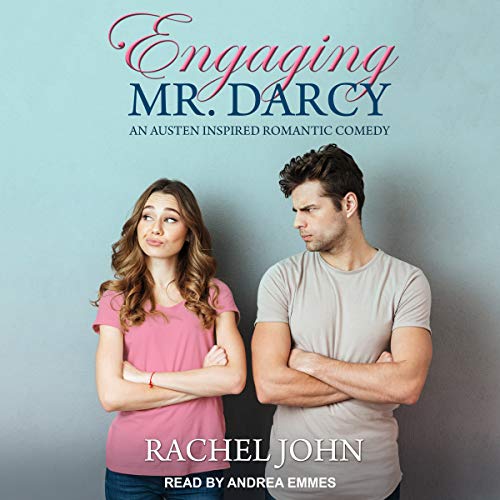 After a standoff in the pizza parlor, Elsie Bennet has decided Fitzwilliam "I-Throw-Fitz" Darcy is the worst customer she's ever encountered. Also the best looking, but that's beside the point. She's horrified to discover Will is not just passing through her small town, he's her new neighbor.

Will Darcy has all the money and time he could ask for, and yet life never seems to meet his expectations. When his best friend, Charlie, starts dating Jane Bennet, Will becomes their unhappy third-wheel. The solution? Bring along Jane's sister, Elsie, a girl who challenges him, makes him laugh, plagues his thoughts, and, unfortunately, hates his guts.

Will might control a lot of things, but he won't control her. Elsie's already been warned away by her new friend, Jeff Wickham, who found out the hard way that Will is not someone to be crossed. Things would be so much simpler if she was attracted to Jeff. But she's not. She's attracted to Will, and the tug-o-war between her mind and her heart is going to drive her mad.