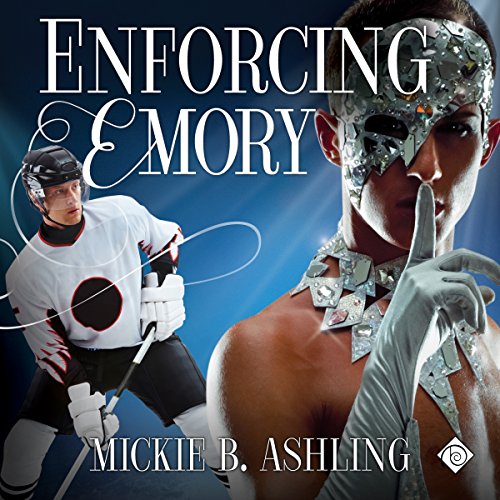 Olympic figure skater Emory Lowe falls in lust the moment he lays eyes on his new neighbor, hockey player Nikolai Vetrov. On the surface, Nik is a typical badass enforcer, intimidating and dangerous, on and off the ice. The only son of Ukrainian immigrants, Nik has been groomed from childhood to fulfill his father's dreams of seeing him in the Hockey Hall of Fame. Igor guides his son toward that goal with a controlling - and abusive - hand, steering him clear of anyone who might ruin his chances.

Although Emory is the US National Figure Skating champion, he's in-your-face gay, and his audacious persona rubs Nik and his family the wrong way. Raised by supportive and loving parents, Emory is Nik's polar opposite in every way but one - his desire to succeed. Underneath the fluff and glitter beats the heart of a fierce competitor, and this side of Emory's personality begins to close the distance between the two athletes.

While the attraction is one-sided in the beginning, Nik finds himself responding to Emory's flirting. But before the incongruous pair have a chance at any sort of relationship, they must survive the pressures of career, separation, and most importantly, Igor's ruthless homophobia.