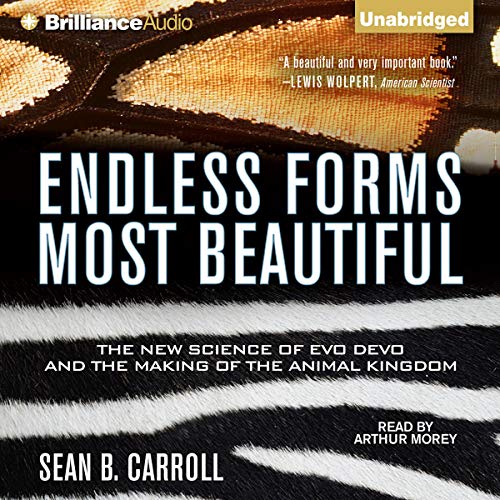 For over a century, opening the black box of embryonic development was the holy grail of biology. Evo Devo--Evolutionary Developmental Biology--is the new science that has finally cracked open the box. Within the pages of his rich and riveting book, Sean B. Carroll explains how we are discovering that complex life is ironically much simpler than anyone ever expected. Perhaps the most surprising finding of Evo Devo is the discovery that a small number of primitive genes led to the formation of fundamental organs and appendages "in all animal forms."

The gene that causes humans to form arms and legs is the same gene that causes birds and insects to form wings, and fish to form fins; similarly, one ancient gene has led to the creation of eyes across the animal kingdom. Changes in the way this ancient tool kit of genes is used have created all the diversity that surrounds us.

Sean Carroll is the ideal author to lead the curious on this intellectual adventure--he is the acknowledged leader of the field, and his seminal discoveries have been featured in Time and The New York Times".