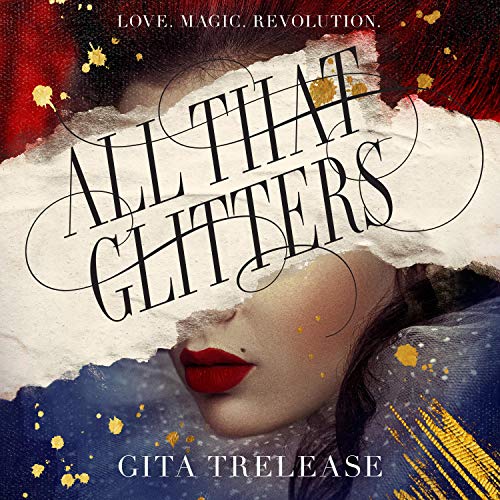 Originally published as Enchantée, Gita Trelease’s debut fantasy about an orphaned girl who uses dark magic to save her sister and herself is “a soaring success” (NPR)!

Paris is a labyrinth of twisted streets filled with beggars and thieves, revolutionaries and magicians. Camille Durbonne is one of them. She wishes she weren’t....

When smallpox kills her parents, Camille must find a way to provide for her younger sister while managing her volatile brother. Relying on magic, Camille painstakingly transforms scraps of metal into money to buy food and medicine they need. But when the coins won’t hold their shape and her brother disappears with the family’s savings, Camille pursues a richer, more dangerous mark: the glittering court of Louis XVI and Marie Antoinette.

Using dark magic forbidden by her mother, Camille transforms herself into a baroness and is swept up into life at the Palace of Versailles, where aristocrats both fear and hunger for magic. As she struggles to reconcile her resentment of the rich with the allure of glamour and excess, Camille meets a handsome young inventor and begins to believe that love and liberty may both be possible.

But magic has its costs, and soon Camille loses control of her secrets. And when revolution erupts, Camille must choose - love or loyalty, democracy or aristocracy, reality or magic - before Paris burns.

"Deliciously addictive. Enchantée is a lit firework crackling with treacherous magic, decadent romance, and disguises that take on lives of their own. I adore this gorgeous book." (Stephanie Garber, New York Times best-selling author of Caraval)

“A heady, sparkling dream of a book. I tumbled head over heels into Enchantée’s dark and sumptuous magical Paris and wanted to stay there forever. One of the best fantasies I’ve read in years." (Margaret Rogerson, New York Times best-selling author of An Enchantment of Ravens)

"Enchantée is a soaring success. I can think of no more satisfying way to fly across the years and enjoy a gilded view of Paris as it never was but could have been, with a little magic." (NPR)

Though, I like Gita Trelease's use of language, I have to say that this book was incredibly boring. Barely anything happens, every character is dramatic and the book is one giant clichée. Nothing in this story surprises and it is just another boring love story with some magical frill. I ordered it because I thought it would be a fantasy tale, but it sorely disappointed on that front.
If you are looking for a cheesy love story, this is your book. If not, don't waste your time.