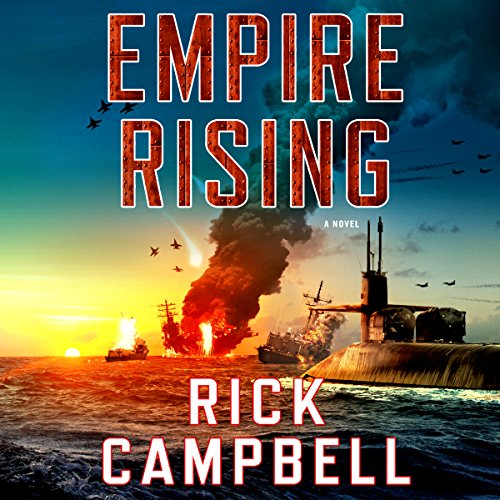 Xiang Li Cheng, the President of the People's Republic of China, has both a problem and a plan. The problem is that the limited supply of oil available to China is threatening to derail his country's economic growth and prosperity. But to secure access to those resources, he must contend with powerful U.S. Navy and the Pacific Fleet. After a decades-long largely secret military buildup, Cheng sets his plan in motion by suddenly invading Taiwan and drawing the Pacific Fleet in to its defense. With a faster, larger fleet with more capable long range missiles, China is able to surprise and quickly overwhelm the American fast attack fleet, all but wiping out the U.S. forces on deployment. Then China turns to its real objective - invasion and expansion across Asia, starting with the four main Islands of Japan.

While the Atlantic Fleet surges westward to defend its allies and respond to the destruction of their counterparts, it falls to an unlikely alliance of three people to stop this incursion and prevent World War III. National Security Advisor Christine O'Connor has critical information, but she's trapped in Beijing; Captain Murray Wilson, C.O. of the submarine USS Georgia must somehow infiltrate the Chinese submarine blockade; and Navy SEAL Jake Harrison must lead a strike team into the most hostile of territories with only hours to implement the most daring plan ever.