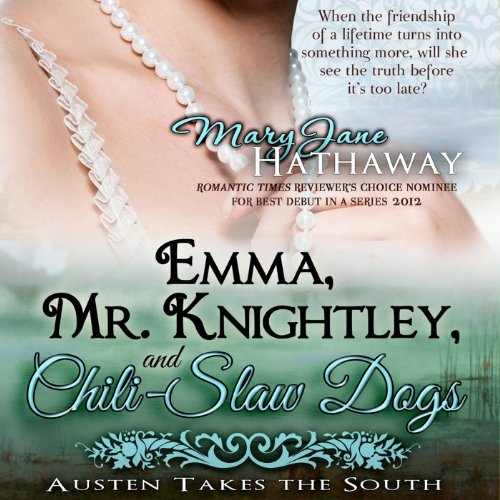 Caroline Ashley is a journalist on the rise at the Washington Post until the sudden death of her father brings her back to Thorny Hollow to care for her mentally fragile mother. The only respite from the eternal rotation of bridge club meetings and garden parties is her longtime friend, Brooks Elliott.

A professor of journalism, Brooks is the voice of sanity and reason in the land of pink lemonade and triple layer coconut cakes. But when she meets a fascinating, charismatic young man on the cusp of a brand new industry, she ignores Brooks' misgivings and throws herself into the project.

Brooks struggles to reconcile his parents' very bitter marriage with his father's devastating grief at the recent loss of his wife. Caroline is the only bright spot in the emotional wreckage of his family life. She's a friend and he's perfectly happy to keep her safely in that category. Marriage isn't for men like Brooks and they both know it...until a handsome newcomer wins her heart. Brooks discovers Caroline is much more than a friend, and always has been, but is it too late to win her back? With a scheming playboy, a feisty grandmama, a crooked antiques dealer, some contra dancing and a returning cast of Civil War re-enactors, ‘Emma, Mr. Knightley, and Chili-Slaw Dogs' brings you back to a modern South only Jane Austen could have imagined.