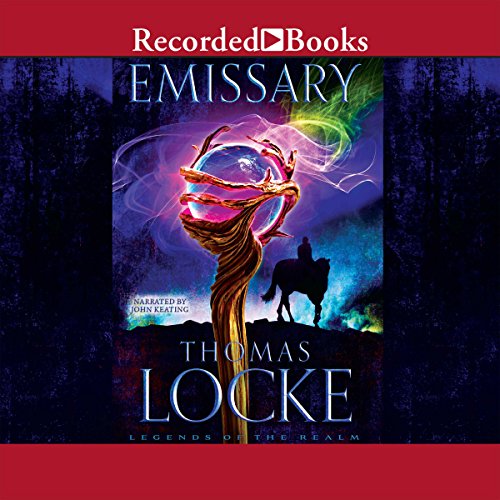 Hyam is a likeable lad who will make a fine farmer someday. But he carries a burden few can fathom. As his mother slips toward death, she implores him to return to Long Hall, where he spent five years as an apprentice. It was there that Hyam's extraordinary capacity for mastering languages came to light - and soon cast him into the shadows of suspicion. How could any human learn the forbidden tongues with such ease?

When Hyam dares to seek out the Mistress of the Sorceries, her revelation tears his world asunder. He has no choice but to set out on the foreboding path - which beckons him to either his destiny or his doom. An encounter with an enchanting stranger reminds him that he is part hero and part captive. As Hyam struggles to interpret the omens and symbols, he is swept up by a great current of possibilities - and dangers.

With lyrical prose that unveils a richly imaginative world, Thomas Locke takes listeners on a journey into the Realm. There he invites them to awaken their sense of wonder. This cracking adventure moves like a contemporary thriller but harkens back to the enduring genre of classic fantasy.