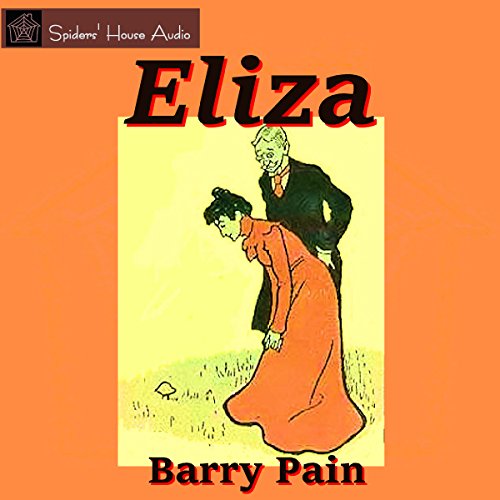 Eliza was the first volume of the Eliza Stories by Barry Pain (1864-1928). It was published in 1900 and was the first of these stories that appeared in cheap editions and were sold on railway bookstalls. The stories were hugely popular and made Pain's name. Although the book is titled Eliza, it is her husband who is its comic hero.

The husband, whose name we never learn, is an overbearing, pretentious prig who believes he is right about everything but is constantly undermined and proved wrong by his long-suffering wife. He is without doubt one of the great comic creations in the tradition of Mr Pooter in The Diary of a Nobody.