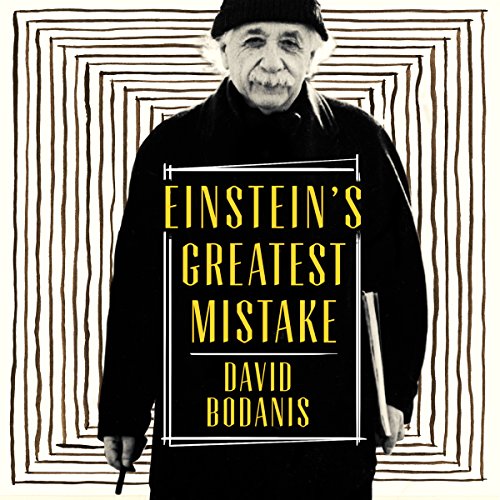 Widely considered the greatest genius of all time, Albert Einstein revolutionised our understanding of the cosmos with his general theory of relativity and helped to lead us into the atomic age. Yet in the final decades of his life, he was also ignored by most working scientists, his ideas opposed by even his closest friends.

This stunning downfall can be traced to Einstein's earliest successes and to personal qualities that were at first his best assets. Einstein's imagination and self-confidence served him well as he sought to reveal the universe's structure, but when it came to newer revelations in the field of quantum mechanics, these same traits undermined his quest for the ultimate truth.

David Bodanis traces the arc of Einstein's intellectual development across his professional and personal lives, showing how Einstein's confidence in his own powers of intuition proved to be both his greatest strength and his ultimate undoing. He was a fallible genius. An intimate and enlightening biography of the celebrated physicist, Einstein's Greatest Mistake reveals how much we owe Einstein today - and how much more he might have achieved if not for his all-too-human flaws.

the reader tries to imitate various accents, poorly. The story is great, both interesting and well-told