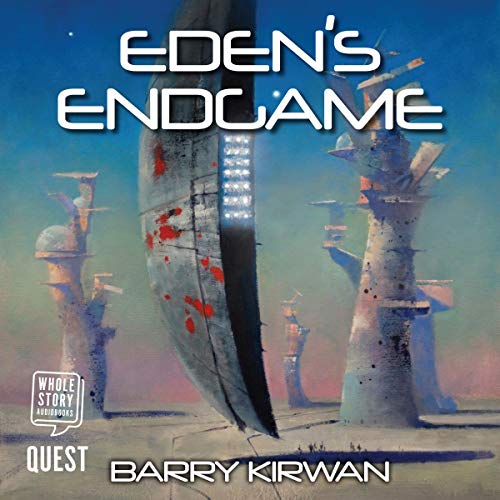 Galactic war rages. The human race continues to aid Kalaran in his battle against Qorall, but hope is fading. Humanity is still struggling to survive on Esperia, pitted against the treacherous Alicians. The ruthless invader Qorall has unleashed a devastating new weapon that is ravaging the galaxy. In a desperate attempt to combat this new horror, a dormant race is awakened. But could this race prove to be an even worse threat?

This stunning fourth and final book in the Eden Paradox series sees Micah and Blake, aided by an enigmatic race of creatures and an ancient artifact, pushed to their absolute limits in their efforts to save not only humanity but also the galaxy itself.

Very fun to listen to. And especially the ending is very emotional and well written!