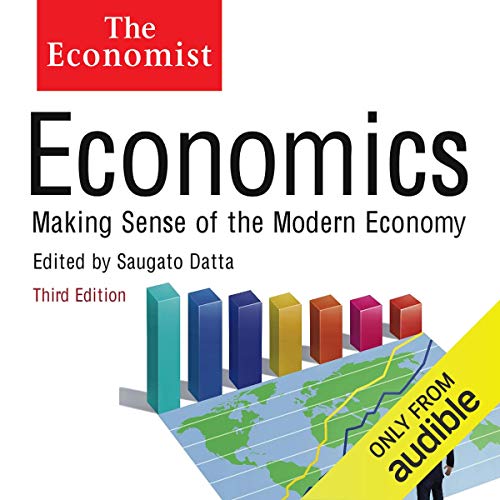 Packed with engaging, thought-provoking economic information aimed at beginners, Economics: Making Sense of the Modern Economy: The Economist brings to life a collection of articles from this respected international affairs magazine with an energetic narration from David Thorpe. Edited by Saguao Datta, The Economist's economics correspondent, this recording covers a wide-ranging and eclectic series of topics, from the devastating global recession to pricing strategies in prostitution. Intriguing and accessible, the 12 hours of clear instruction will leave any listener feeling comfortable with the complexities of modern economics.

The real-world realities of the far from dismal science.

A radically revised new edition of this highly readable, popular guide aimed at everyone from students to statesmen who want to make sense of the modern economy and grasp how economic theory works in practice.

It starts with the basics: what economics is about; the sources of economic growth such as people and investment; the role of central banks and fiscal policy in setting the macroeconomic framework; and the economics of everything - microeconomics.

From the underlying theory it moves to the specifics of the world economy: the developed world and the rise of emerging economies; the issues of global imbalances and the runaway world of finance; and the recent "great" recession - why it happened, how it was dealt with, its effects, its legacy and the way ahead.

The closing part puts the usefulness and the failings of economics under the spotlight, and looks at the innovative approaches being developed to make what has been called the "dismal science" fit for the modern world.