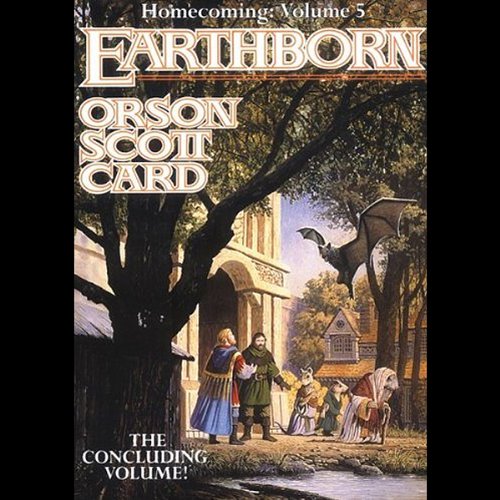 High above Earth orbits the starship Basilica. On board the huge vessel is a sleeping woman. Of those who made the journey, Shedemei alone has survived the hundreds of years since the Children of Wetchik returned to Earth.

She now wears the Cloak of the Starmaster, and the Oversoul wakes her sometimes to watch over her descendants on the planet below. The population has grown rapidly - there are cities and nations now, whole peoples descended from those who followed Nafai or Elemak.

"Card's far-future religious saga manages, brilliantly, to be at once entertaining, unobjectionable, and edifying." (Kirkus Reviews)
"[The] complex situation, abetted by Card's superior characterization, offers more than enough conflict and questing to keep the yarn moving. The grand saga of human evolution is a demanding category of sf and fantasy, but Card has met its demands quite successfully." (Booklist)
"The conclusion of the story...is vintage Card and a joy to read." (Publishers Weekly)