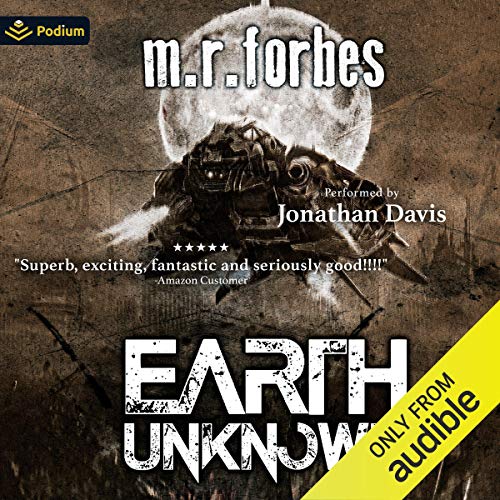 A terrible discovery. A secret that could destroy human civilization. A desperate escape to the most dangerous planet in the universe - Earth.

Two hundred years ago, a fleet of colony ships left Earth and started a settlement on Proxima Centauri.

Centurion Space Force pilot Nathan Stacker didn't expect to return home to find his wife dead. He didn't expect the murderer to look just like him, and he definitely didn't expect to be the one to take the blame. But his wife had control of a powerful secret. A secret that stretches across the light years between two worlds and could lead to the end of both.

Now that secret is in Nathan's hands, and he's about to make the most desperate evasive maneuver of his life - stealing a starship and setting a course for Earth. He thinks he'll be safe there. He's wrong. Very wrong.

Earth is nothing like what he expected. Not even close. What he doesn't know is not only likely to kill him, it's eager to kill him, and even if it doesn't?