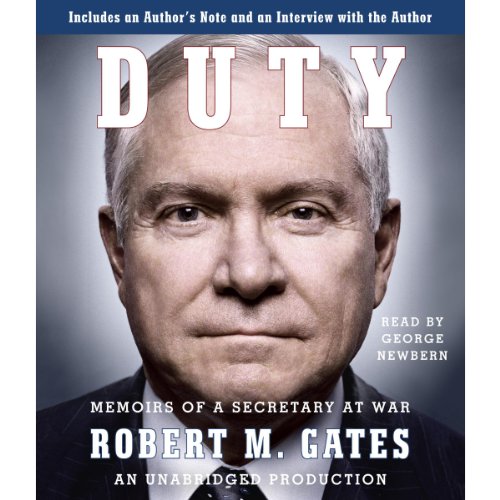 From the former secretary of defense, a strikingly candid, vivid account of serving Presidents George W. Bush and Barack Obama during the wars in Iraq and Afghanistan.

When Robert M. Gates received a call from the White House, he thought he'd long left Washington politics behind: After working for six presidents in both the CIA and the National Security Council, he was happily serving as president of Texas A&M University. But when he was asked to help a nation mired in two wars and to aid the troops doing the fighting, he answered what he felt was the call of duty.