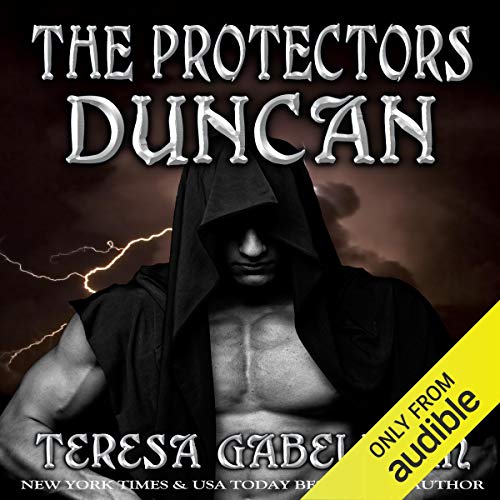 As the leader of the VC Warriors Cincinnati branch, Duncan Roark has devoted his long life to the Warriors he calls brothers and to the Vampire Council, protecting innocents of both the vampire and human race. Things change suddenly when it is ordered that he and his fellow Warriors train human social workers to protect themselves in their new world of vampires. Falling in love with a human was something Duncan never thought possible, but love her he did. Now, instead of being the ruthless leader he was trained to be, his focus has turned to finding the woman he loved and let go.

Pam Braxton is outgoing and loves her job working with children. But when she realizes her live in boyfriend, Kenny Lawrence, has been using her and her job for his illegal activities, she becomes withdrawn and her world is turned upside down. Deciding to take matters into her own hands, she stays, trying to learn more of his betrayal so she could see him punished. That decision sucks her deeper into a relationship that has turned dangerous and abusive. Overhearing a plot that would put everyone she cares about at risk, she finds the courage to try to stop the monster who has threatened her friends and the man she truly loves. Now Pam is on the run, alone, with a secret that could change the already unbalanced world of vampires and humans.

As Duncan searches for Pam, the threat of losing his leadership role has the other Warriors worried, but their loyalty for Duncan is strong and they stand behind him. Duncan's search is relentless; he knows he is not the only one looking for Pam. Even with his responsibilities slipping, he puts it all on the line to find the only woman he has ever loved. In a race against time, Duncan fights to find Pam before her past catches up to her. The Warrior's path is clear: Find the woman he loves before the past finds her first.