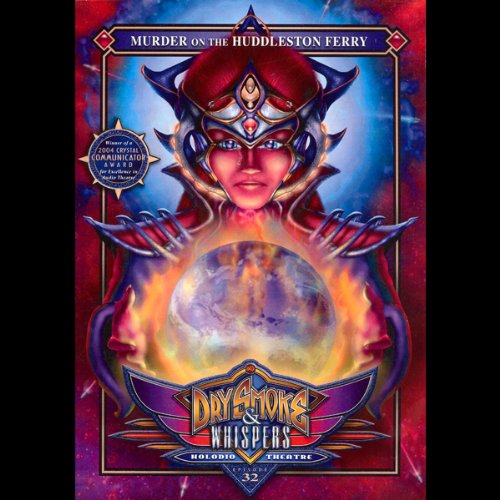 Here's an otherworldly science-fiction adventure from Transdimensional Media. Combining the humor and imagination of Ruby, with the pacing of Firesign Theatre, and an imagined world all its own, Dry Smoke and Whispers is a techno-noir drama with a sense of humor, and a memorable cast of characters. Emile Song, an eccentric, intelligent, and telepathic detective is given the task of catching the East End Reaper, a techno-fiend terrorizing the people of Quaymet.

Some of the pieces have fallen into place: a galactic chess board is set, and the inner guards of royalty are in play. On board a galactic tourist cruiser, filled with innocents with very bad timing, three major powers of the galaxy play for ultimate stakes. Song is pushed to the limits of his abilities, almost loses his most trusted friend, and old enemies become allies, as he fights a losing battle against his most Machiavellian foe.