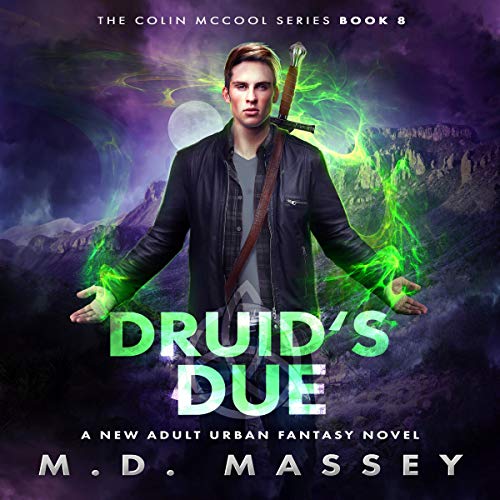 When Colin goes on the run from the feds, the young druid’s plans to hide in the wild quickly go awry. Now he’s at odds with a murderous specter, bloodthirsty skinwalkers, and an elusive cryptid that might be the key to it all. As each new showdown brings him closer to the truth, he realizes he’s facing a much deadlier enemy...and a fate worse than death itself!

After surviving my time in the Void, I just wanted a little peace and quiet. But a pissed-off special agent from a mysterious federal agency thinks I’m to blame for a recent string of magical disasters. So to avoid indefinite incarceration, I have to go on the run....

No problem, right? I’ll just head to the wild reaches of West Texas and hide out until things blow over in Austin. Drink some brews with my buddies, sing campfire songs, do some hiking and stargazing, and chill.

Or so I thought.

Unfortunately, creatures lurk along the border that are just as sinister as the monsters back home. A murderous specter is haunting the Rio Grande, revenants are prowling the park, and a legendary cryptid looks like it’s to blame. To complicate matters further, an ancient skinwalker is calling in a debt I owe - one that could cost someone their soul.

In the end, I’ll play a deadly game of cat and mouse before I finally face the person behind the schemes and lies. But my enemies don’t know what they’ve bargained for, because at the end of the day, a druid will always have his due....