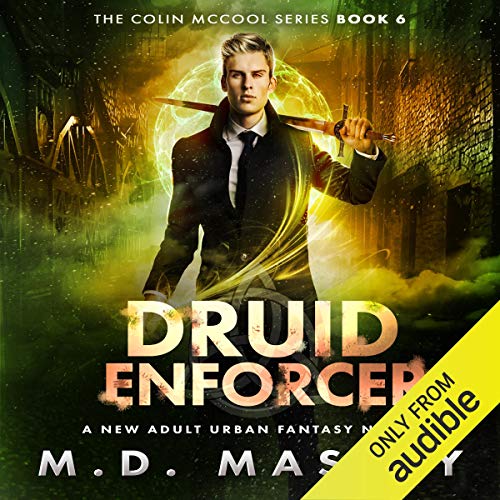 When a rookie monster hunter disappears while investigating a series of suspicious murders, druid enforcer Colin McCool is called in to find his young friend and stop the killings. But when his new allies betray him, he'll be forced use every skill at his disposal to evade capture and locate the young hunter...before time runs out for them both!

After I became the druid justiciar for the Central Texas area, I thought for sure I’d get a breather. All I wanted was a little time to lick my wounds after a long, hard fight with a rogue wizard and his crew. But like my Uncle Ed always said, wish in one hand and...well, you get the picture.

As it turns out, being the area’s supernatural sheriff isn’t all it’s cracked up to be. Sure, I get paid when I handle a situation for one of the factions - no complaints there. The problem is, it’s been nothing but putting out fires for the fae and the other major players since I got stuck with this gig.

Like it or not, I’m working a job that concerns both the fae and the vamps, chasing down a supernatural terror like none I’ve ever seen. And hell if a wannabe monster hunter didn’t get himself snatched by the very same creature that’s been dropping bodies all over Austin.

Now I have to find the kid, save the fae and the local vampire coven from exposure, salvage my relationship with my girlfriend, and figure out what to do with my live-in ex who may or may not have a magically induced mental illness.

I wonder, do druid enforcers get paid vacation time? Because I’m definitely going to need a sabbatical after I figure out this whole mess.

That is, if I don’t get eaten by a demon or a yōkai before I solve the case...in which case, at least I’ll finally get some rest.