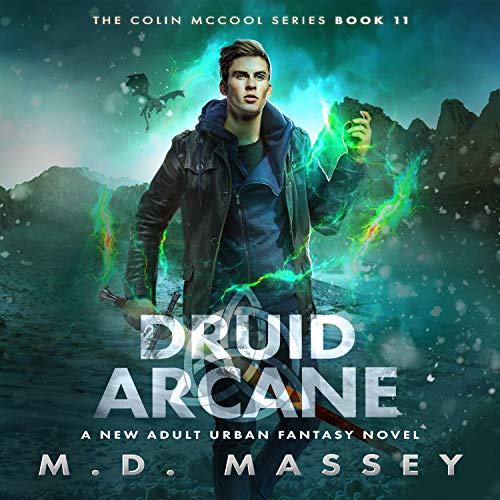 When his ancient druid master falls critically ill, Colin goes on a plane-walking quest to find a cure. Can the journeyman druid rescue the god of healing in time to save his oldest friend?

I thought that learning magic from a druid master was tough, but that was before I started taking lessons from an insane quasi-god.

For six long months, I’ve been suffering under Click’s tutelage, boning up on my magic skills so I can survive the wrath of several Celtic gods and find a cure for my druid mentor, Finnegas.

It’s my fault that the old man is hanging on by a thread, and I’m determined to save his life.

Between surviving Click’s batshit crazy magic lessons and being harassed by the huldufólk, I’ve been trying to track down the Celtic god of healing. Only Dian Cécht can heal my master - and he’s the only god Click trusts to do the trick.

Unfortunately, DC has been damned hard to find. And just when we finally got a solid lead, Loki’s brother showed up to throw a wrench in the gears.

Okay, so I may have killed Loki’s nephew. It’s not like he didn’t have it coming.

Bottom line? I might have to fight an army of fire and frost giants to save Finn’s life.

It’s a good thing I brought my wading boots, ‘cause shit’s about to get deep....

If you enjoy urban-fantasy novels that feature snarky male protagonists, then you’ll love this paranormal thrill ride with a twist of mystery and suspense.

Because who doesn't love a down-on-his-luck magician who has to fight to save the people he loves?

Grab a copy and start listening to this 11-volume druid urban-fantasy series today!