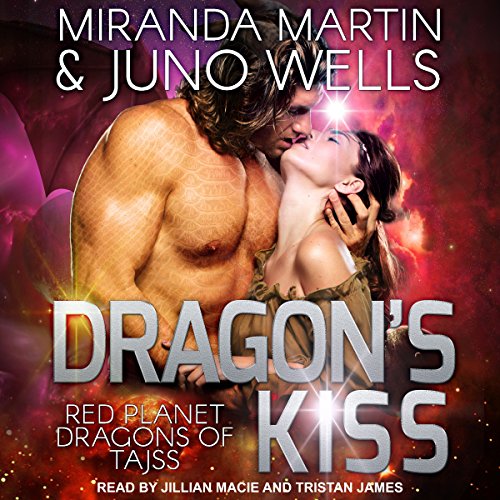 A Dragon Hunter for me? No way. Olivia thinks it's impossible that the outrageously tall Zmaj with steely blue eyes would fall for her. A former data analyst, now she's just another human crash survivor on the harsh and alien desert planet.

Smart, curvaceous Olivia doesn't feel like she measures up but that doesn't stop Ragnar from eyeing her luscious curves. He's the best hunter for the Tribe, driven and single-minded. Ragnar has always put the needs of his people over his own and never once regretted it, but now the dominant alpha male has his heart set on a different treasure. He'll claim and protect the voluptuous beauty no matter the costs.

Life on Tajss is hard enough but now the Tribe is on the run from the same pirates that crashed Olivia's ship. Finding a new home will be a grueling journey through sandstorms and worse. She and Ragnar don't speak the same language but Olivia ends up falling for the alien dragon-man anyway, finding she might have to choose between the mate she's meant for and the people she belongs to. Contains mature themes.