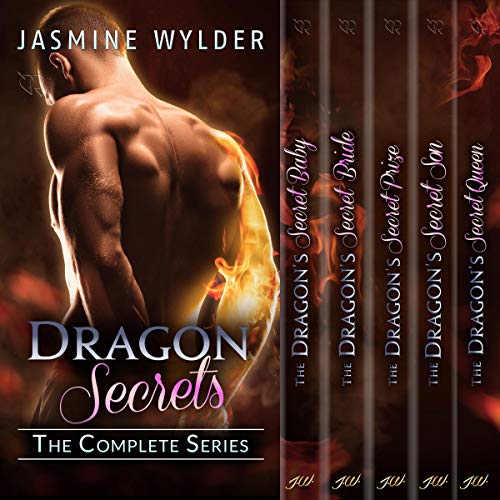 Book one: The Dragon's Secret Baby

Curvy archaeologist Dominique can’t believe her luck; she just uncovered an ancient dragon egg! But she’s not the only one with her eyes on the prize. All of the dragon clans of the area want to stake their claim. Especially that hot-ass, annoying Virdi who sticks to her side like glue.

Unfortunately, if she wants to stay safe, she needs Virdi’s help.

Sizzling hot dragon shifter Bryant Chandler knows his determination. His mate is long gone, and he has no plans to find another. Now, he has sworn to protect the baby who will one day rule them all.

No questions asked. But the day luscious Esther put her bounteous virgin curves in close proximity to him, all bets were off.

No distraction, at all.

But then everything turns out differently.

He just left her high and dry...and pregnant.

Bernie is over him. Completely, irrevocably over him.

What was she thinking when she let Tyler seduce her on the job site, a year ago? She must have been blinded by all those tattoos and muscles.

Life never has been kind to Polly Shields. Hard work doesn’t pay the bills anymore. She feels like she’s swimming against an oncoming tide. She is tired.

Why do things always fall apart just when it seems they are coming together? It’s like she’s cursed.

It’s better not to start something with her handsome neighbor Gilbert. It probably wouldn’t last long anyway.

If she only knew about her secret royal heritage and how it could change her life forever.

Author's note: This is a collection of paranormal romances with HEA, so no cliff-hangers! The collection contains mature themes and language and is intended for 18+ listeners only.