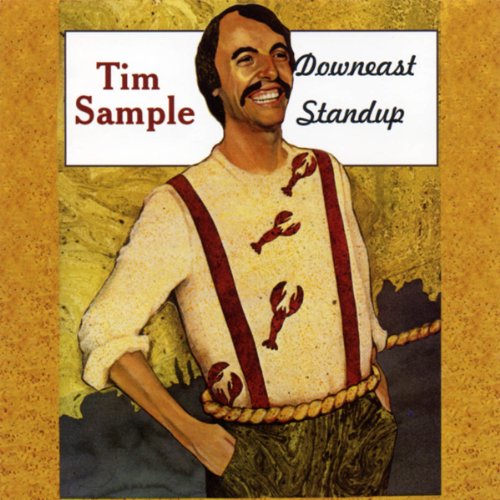 Recorded at The State Theatre of Maine at Lakewood in the spring of 1983, footage from this performance became the basis of Tim’s first prime-time TV special on Maine PBS. Released on vinyl LP in the fall of 1983, Downeast Standup was the first of four Tim Sample solo albums to be produced on the Bert and I label in the 1980s. Now widely considered a classic of 20th century Maine dialectal storytelling, this recording contains Tim’s signature story "Saturday Night at Moody’s Diner" as well as his moving tribute to his friend and mentor the late Bert and I co-founder Marshall Dodge, whose death in a hit-and-run auto accident at the age of 45 had sent shockwaves through the Maine storytelling community.

This album was edited with razor blades and patch tape by Tim and folk legend Noel Paul Stookey (Paul of Peter, Paul and Mary) at Neworld, the famous “Henhouse” recording and animation studio in South Blue Hill, Maine.