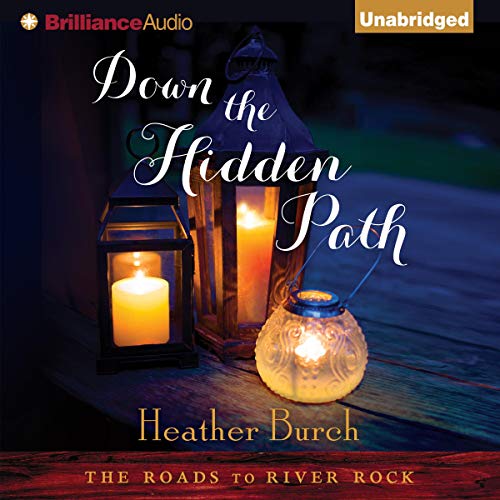 Down the Hidden Path

Jeremiah McKinley is the first of his enlisted brothers to return home to River Rock, Missouri - their sleepy but charming hometown in the Ozarks - in the wake of their father's death in combat. While he's grateful to be home with his sister nearby, his grief over losing the man known as Major Mack proves almost overwhelming, especially without his brothers around.

After years of guilt and tireless effort, Mary Grace "Gray" Smith finally has her life on track. The last person she wants to see is Jeremiah: her former best friend, former crush, and the man who could easily destroy the one thing she holds most dear. But after one of Jeremiah's brothers returns home with a head injury, Gray becomes his therapist - and a long-kept secret threatens to reveal itself and alter the course of several lives forever. Could this secret also give Jeremiah and Gray the chance to finally have the future together they always longed for?