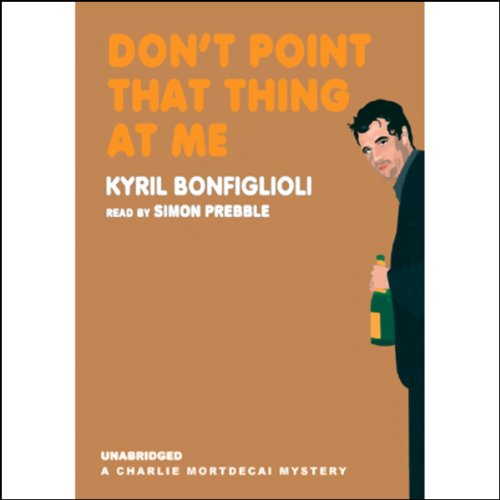 Don't Point That Thing at Me

Don't Point That Thing at Me

A cult classic in the United Kingdom since its first publication there in the 1970s, Don't Point That Thing at Me is the first of a series of hilarious and dark-humored crime thrillers featuring the Honorable Charlie Mortdecai: degenerate aristocrat, amoral art dealer, seasoned epicurean, unwilling assassin, and acknowledged coward.

With his thuggish manservant, the incomparably named Jock Strapp, Mortdecai endures all manner of nastiness involving stolen paintings, a vintage Rolls Royce, secret police, a whirlwind trip to the United States, a dead client, and a ravishing and wealthy young widow, all to make a dishonest living. He's not one to pass up a drink, and he prides himself on being stylishly dressed for whatever occasion may present itself, no matter how debauched. Don't miss this brilliant mixture of comedy, crime, and suspense.