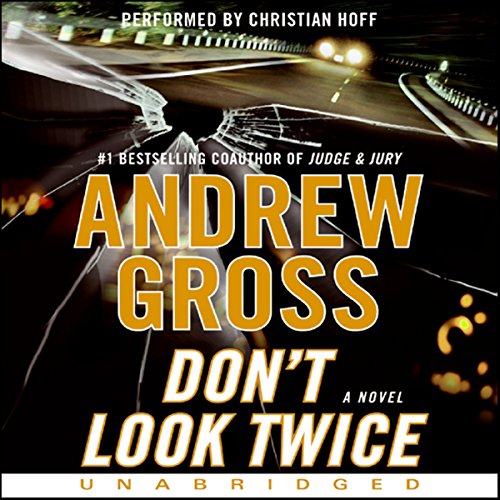 In this dramatic new novel following the best-selling The Dark Tide, a drive-by shooting rocks the posh suburb of Greenwich, Connecticut, and an innocent bystander is left dead.

Detective Ty Hauck plunges into what seems like a vicious case of retribution and follows the trail to a sinister gambling scheme at an upstate casino. Until Annie Fletcher, a young restaurateur in the midst of rebuilding her life, witnesses something she shouldn't have....and immediately runs to him with what she knows. Suddenly, Hauck is pulled into a rising storm far greater than it first appeared, a storm wide enough to encompass corruption inside Greenwich's circle of wealthy and powerful citizens. And punishing enough to consume Hauck's own family, and tear brothers apart forever////if it doesn't kill them first.

Don't Look Twice is a gripping story of profiteering on an international scale and an emotionally resonant domestic thriller from one of the hottest new talents in suspense fiction.