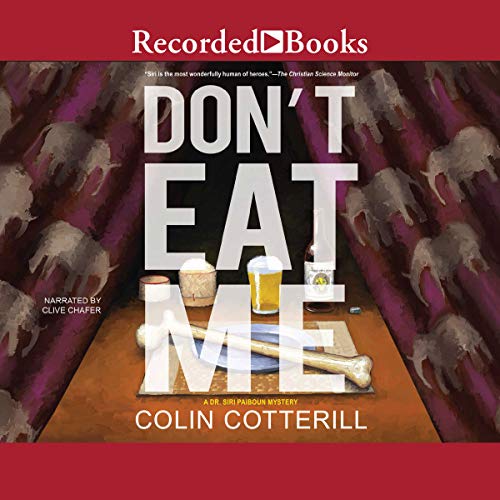 Between getting into a tangle with a corrupt local judge and discovering a disturbing black-market business, Dr. Siri and his friend Inspector Phosy have their hands full in the 13th installment of Colin Cotterill's quirky, critically acclaimed series.

Dr. Siri Paiboun, the ex-national coroner of Laos, may have more experience dissecting bodies than making art, but when he manages to smuggle a fancy movie camera into the country he devises a plan to shoot a Lao adaptation of War and Peace with his friend Civilai. The only problem? The Ministry of Culture must approve the script before they can get rolling. That and they can't figure out how to turn on the camera.

Meanwhile, the skeleton of a woman has appeared under the Anusawari Arch in the middle of the night. Siri puts his directorial debut on hold and assists his friend, the newly promoted Senior Police Inspector Phosy Vongvichai, with the ensuing investigation. Though the death of the unknown woman seems to be recent, the flesh on her corpse has been picked off in places as if something - or someone - has been gnawing on the bones. The plot Phosy soon uncovers involves much more than single set of skeletal remains.

Good Story with a satisfying payoff

The Laos detectives are faced with the biggest danger yet: absolutely legal cruelty. how will they react to a half eaten skeleton? a blackmailed confidant and an economy based on cruelty and suffering?

The story has it's bleak moments but it's such a good payoff in the end the bleakness is forgotten.