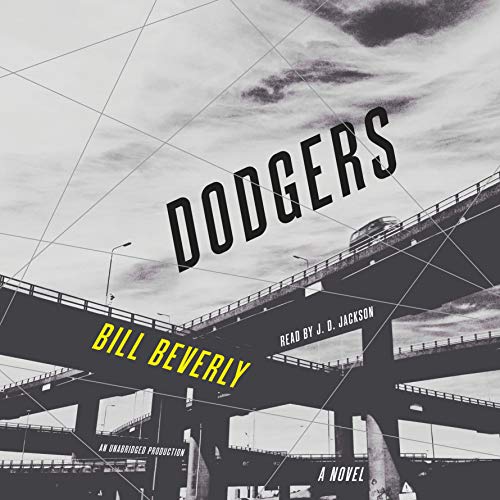 Dodgers is a dark, unforgettable coming-of-age journey that recalls the very best of Richard Price, Denis Johnson, and J.D. Salinger.

It is the story of a young LA gang member named East, who is sent by his uncle along with some other teenage boys - including East's hothead younger brother - to kill a key witness hiding out in Wisconsin. The journey takes East out of a city he's never left and into an America that is entirely alien to him, ultimately forcing him to grapple with his place in the world and decide what kind of man he wants to become.

Written in stark and unforgettable prose and featuring an array of surprising and memorable characters rendered with empathy and wit, Dodgers heralds the arrival of a major new voice in American fiction.

Winner of the Mark Twain American Voice in Literature Award

Finalist for the PEN/Heminghway Award 2017 for Debut Fiction

Longlisted for Andrew Carnegie Medal 2017 for Excellence in Fiction

Nominated for the Edgar Award 2017 for Best First Novel

"Not only is the fast-paced and masterfully plotted Dodgers one of the greatest literary crime novels you will read in your lifetime, Bill Beverley has also created, in the teenage boy, East, one of the most unforgettable and heartbreaking characters ever encountered in American fiction." (Donald Ray Pollock, author of Knockemstiff and The Devil All the Time)
"Propulsive, brutally honest and yet unexpectedly tender, Dodgers is one of the best debuts I've read. I was absolutely gripped by the voice, the world of East and his brother, and surprised at nearly ever turn. I audibly gasped at the end." (Attica Locke, author of Black Water Rising and Pleasantville)
"Reading Dodgers is like having the veil lifted from your eyes: The world is more vivid, more intense, more exquisite, and more terrifying than you ever knew. Bill Beverly is a conjurer, a poet of the dark arts, and his novel is a spell: When he sends his young drug-world protagonist on a deadly errand in the alien landscape east of LA - that fat swath of America known to him only by its names and its shapes on maps - it is you who makes the journey, who is the stranger in a strange land, a watcher who now feels the eyes of others wherever you go, and who must pay the devastating tolls of crossing boundaries. Hypnotic, breath-taking, bruising, beautiful, important, true - choose your adjectives, this is a great novel." (Tim Johnston, author of Descent)