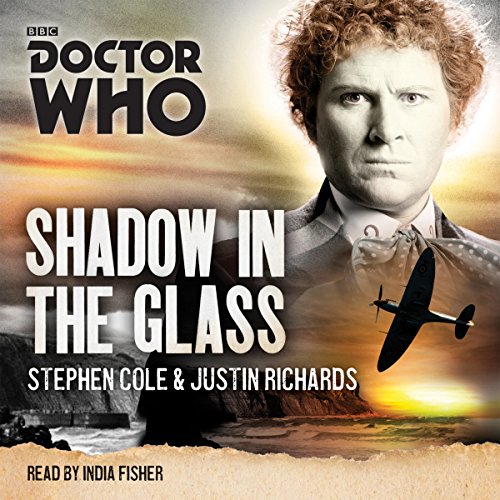 Doctor Who: Shadow in the Glass

An unabridged reading of this original BBC Books novel featuring the Sixth Doctor, as played on TV by Colin Baker.

When an RAF squadron shoots down an unidentified aircraft over Turelhampton, the village is immediately evacuated. But why is the village still guarded by troops in 2001?

When a television documentary crew break through the cordon looking for a story, they find they've recorded more than they bargained for. Caught up in both a deadly conspiracy and a historical mystery, retired Brigadier Lethbridge-Stewart calls upon his old friend the Doctor.

Half-glimpsed demons watch from the shadows as the Doctor and the Brigadier travel back in time to discover the last - and deadliest - secret of the Second World War.