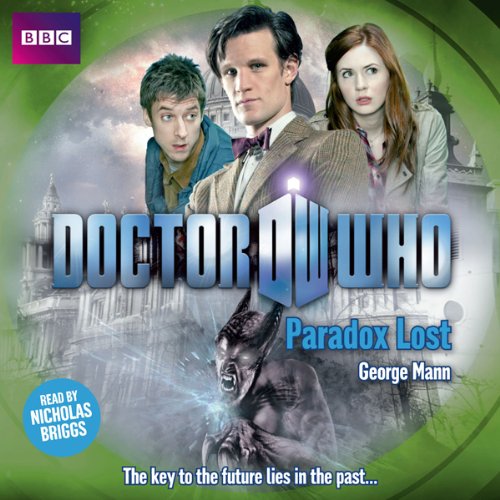 The Squall feed on psychic energy. They spread like a plague and if they are not stopped they will strip the Earth clean...'London 1910: an unsuspecting thief finds himself confronted by grey-skinned creatures that are waiting to devour his mind. London 2789: the remains of an ancient android are dredged from the Thames. When reactivated it has a warning that can only be delivered to a man named 'the Doctor'.

The Doctor and his friends must solve a mystery that has spanned over a thousand years. If they fail, the deadly alien Squall will devour the world...Read by Nicholas Briggs, this is a thrilling adventure featuring the Doctor, Amy and Rory, as played by Matt Smith, Karen Gillan and Arthur Darvill in the spectacular hit series from BBC Television.

nice, yet not extraordinary

Thanks to the wonderful Nicholas Briggs, this book was wonderful listening to while falling asleep.
My main problem with this book was the constant switching between Amy + Rory in the future and the Doctor + Angelchrist in the past, both teams acting almost entirely autonomous and extremely predictable. The Amy/Rory-plot was right on the edge of being boring.
I liked the two guest characters though.