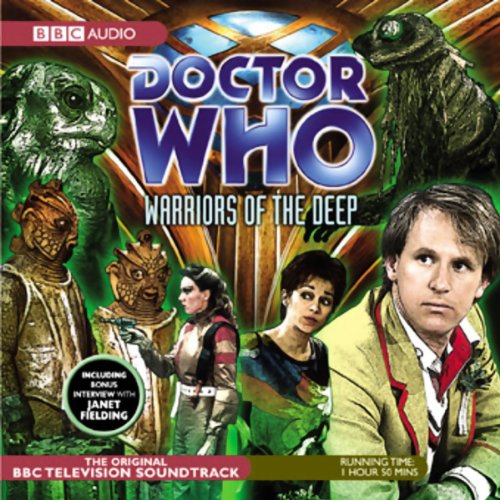 Peter Davison stars as the fifth Doctor in the original soundtrack of the this classic 1984 TV adventure, with linking narration by Janet Fielding.

"Revive the warriors!" The TARDIS materialises inside Sea Base Four, which lies on one of Earth's ocean beds in the year 2184. The Doctor, Tegan, and Turlough quickly run into trouble, as the base's personnel suspect them of belonging to an enemy power bloc.

Nearby, a group of Silurian reptiles - who inhabited Earth centuries before mankind - are reviving some of their Sea Devil cousins after an overlong hibernation. The intention of these combined forces is to attack Sea Base Four and provoke a war between the rival human governments.