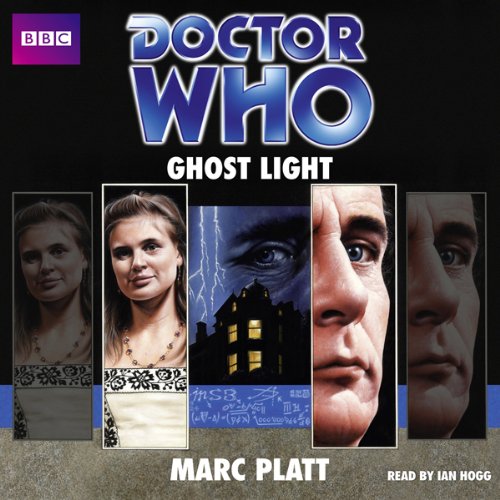 Ian Hogg reads this thrilling novelisation of a classic Doctor Who adventure. Perivale, 1983. A column of smoke rises from the blazing ruins of a forgotten, decaying mansion. Perivale, 1883. In the sleepy village of Greenford Parva, Gabriel Chase is by far the most imposing edifice. The villagers shun the grim house, but the owner, the reclusive and controversial naturalist Josiah Samuel Smith, receives occasional visitors. The Reverend Ernest Matthews, for instance, Dean of Mortarhouse College, has travelled from Oxford to refute Smith’s blasphemous theories of evolution. And in a deserted room upstairs, the Doctor and Ace venture from the TARDIS to explore the decaying mansion... Who - or what - is Josiah Smith? What terrible secret does his house conceal? And why does Ace find everything so frighteningly familiar? Ian Hogg, who played Josiah Smith in the original Doctor Who TV serial, reads Marc Platt’s complete and unabridged novelisation, first published by Target Books in 1990.