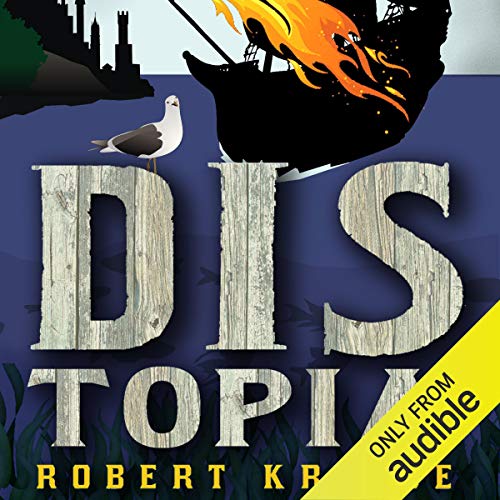 Set a thousand years (give or take) before the events of Disenchanted, Distopia tells the story of Wyngalf the Bold, the legendary hero renowned for ridding the land of Dis of the scourge of dragons. The story begins as Wyngalf, a young missionary for an obscure religious sect, arrives in the port city of Skuldred. Desperate to prove his worth to his superiors, Wyngalf finds himself drafted into leading a missionary voyage across the sea to the semilegendary land of Dis. Accompanied by a beautiful stowaway named Evena and an oddball goblin who has been shunned by his clan, Wyngalf is continually thwarted in his attempts to proselytize by various practical concerns - chief among these being the fact that the land of Dis is being terrorized by a fearsome dragon. Wyngalf realizes that in order to prove his faith and get Evena home, he must summon the courage and resourcefulness to defeat the dragon. But what if his faith isn't enough?