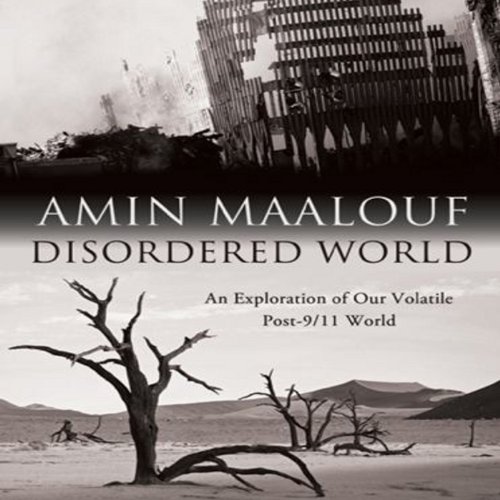 Born into the Christian minority in Lebanon and since settled in France, Amin Maalouf claims a unique position in global conversation. His first book, The Crusades Through Arab Eyes, was a critical and commercial success and remains in print after 20 years. In Disordered World, Maalouf combines his command of history with a critical perspective on contemporary culture, East and West - joining them with a fierce moral clarity and a propulsive style.

Examining tensions between the Arab and Western worlds, Maalouf sees something beyond a "clash of civilizations". Both cultures have their own continuity, integrity, and morality. Yet in our times, both have become exhausted and debased. The West has betrayed its values, even as it pushes democracy abroad. The Arab world, nostalgic for its golden era, has rushed toward radicalism. We fall short of ideological debate not only because we lack common ground, but because we are fast losing what ground we stood on. Maalouf looks at a century of confrontations between our cultures, culminating in the U.S. wars in Afghanistan and Iraq. Yet he turns to the global challenges we face today - climate change, financial collapse, humanitarian disaster - with remarkable hope that they may yet unite us in a bid to save what is truly common to us all. Intelligent, impassioned yet measured, Disordered World presents Maalouf's vision of renewed cohesion in our currently disordered world.