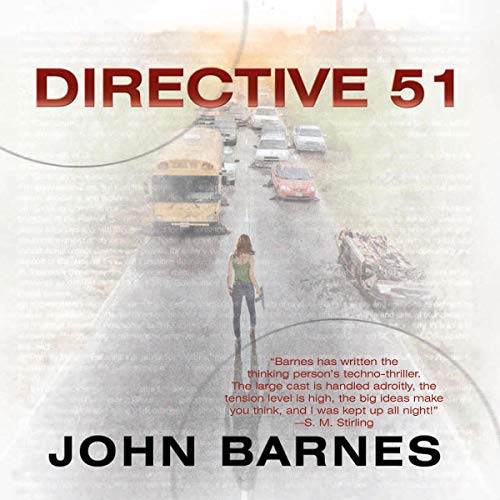 It is known as National Security Presidential Directive NSPD 51. Signed in 2007, it claims specific Federal powers in the event of a “catastrophic emergency”…

Heather O’Grainne is the assistant secretary in the Office of Future Threat Assessment, investigating rumors surrounding something called “Daybreak.” Part philosophic discussion, part international terrorist faction, and part artists’ movement, it’s a group of diverse people with radical ideas who have only one thing in common — their hatred for the Big System and their desire to take it down. Until Heather can determine whether these people are all talk and no action, she wants to keep this information from going public.

But Daybreak is about to become a lot less secret. Seemingly random events in a recycling facility in Wyoming, on an island off the coast of California, and in Jayapura, Indonesia — where the plane carrying the Vice President has suddenly vanished — are in fact connected as part of a plan to destroy modern civilization.

America is at the dawn of a new primitive age — an age that will eliminate the country’s top government personnel, leaving the nation no choice but to implement its emergency contingency program: Directive 51.