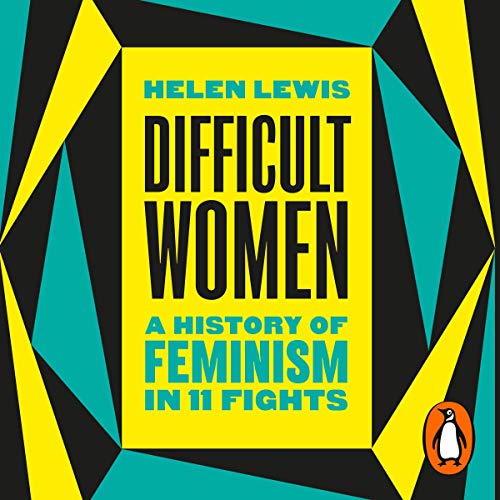 Helen Lewis argues that feminism’s success is down to complicated, contradictory, imperfect women who fought each other as well as fighting for equal rights. Too many of these pioneers have been whitewashed or forgotten in our modern search for feel-good, inspirational heroines. It’s time to reclaim the history of feminism as a history of difficult women.

In this audiobook, you’ll meet the working-class suffragettes who advocated bombings and arson; the princess who discovered why so many women were having bad sex; the pioneer of the refuge movement who became a men’s rights activist; the ‘striker in a sari’ who terrified Margaret Thatcher; the wronged Victorian wife who definitely wasn’t sleeping with the prime minister; and the lesbian politician who outraged the country. Taking the story up to the present with the 21st-century campaign for abortion services, Helen Lewis reveals the unvarnished - and unfinished - history of women’s rights.

Drawing on archival research and interviews, Difficult Women is a funny, fearless and sometimes shocking narrative history which shows why the feminist movement has succeeded - and what it should do next. The battle is difficult, and we must be difficult, too.

Excellent! Was easy to follow. Narrator was great. Good historical background for everyone. Thank you.

I loved this book so much. It is interesting, really well written with a great sense of humour. I thoroughly enjoyed listening to Helen Lewis‘ narration. Everyone buy this (audio) book!!