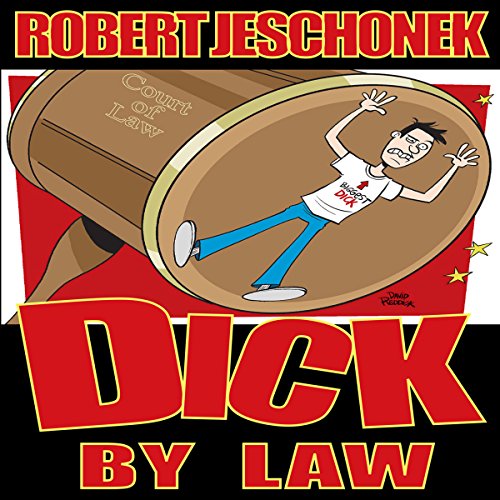 What if you could have someone legally declared a dick? Simon Bellerophon does just that! When pain in the ass Horne Shaw pushes him too far, Simon sues to have him branded a dick...and wins, in the craziest court case ever. But that's just the beginning of this out-there, in-your-face comedy! When an anti-dick movement tries to stamp out all dicks, Horne leads a dick pride movement that takes the world by storm.

But the wildest action explodes in Bermuda, at the First Annual International Dicklympics. Simon tries to regain the upper hand by sabotaging the Running of the Dicks, but he and Horne fall prey to the man who craves the title of World's Biggest Dick: General Mobai. Will Simon and Horne survive the fight of their lives, or will this true dictator cut them down to size? Will Simon have to become a dick himself in order to rise from the ashes? And where does Grip, the prehistoric dog-thing come in? Hold on tight for the laugh out loud ride of your life!