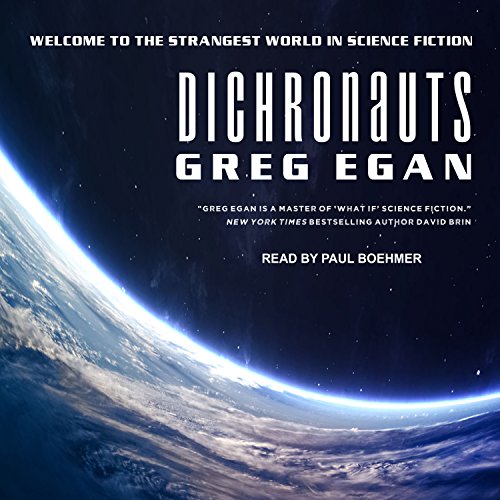 Seth is a surveyor, along with his friend Theo, a leech-like creature running through his skull who tells Seth what lies to his left and right.

In the universe containing Seth's world, light cannot travel in all directions: there is a "dark cone" to the north and south. Seth can only face to the east (or the west, if he tips his head backwards). If he starts to turn to the north or south, his body stretches out across the landscape, and to rotate as far as north-northeast is impossible.

Every living thing in Seth's world is in a state of perpetual migration as they follow the sun's shifting orbit and the narrow habitable zone it creates. Cities are being constantly disassembled at one edge and rebuilt at the other, with surveyors mapping safe routes ahead.

But when Seth and Theo join an expedition to the edge of the habitable zone, they discover a terrifying threat: a fissure in the surface of the world, so deep and wide that no one can perceive its limits. As the habitable zone continues to move, the migration will soon be blocked by this unbridgeable void, and the expedition has only one option to save its city from annihilation: descend into the unknown.