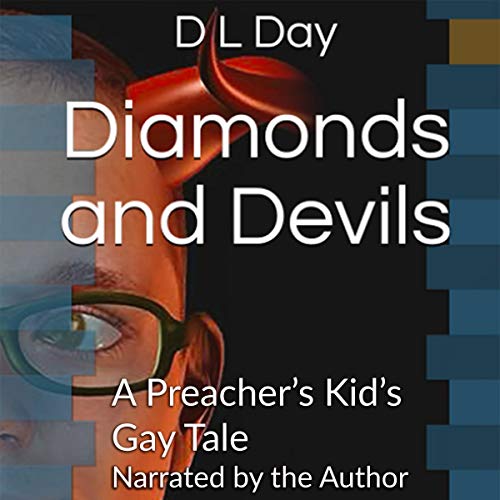 Diamonds and Devils is a story of the life of Roger Holt who grew up as a gay boy with an Evangelical pastor-father, and later became a minister in a predominately LGBTQ congregation. Sometimes hilarious, sometimes disturbing, but always engaging, Roger's story takes the listener through a life of discovery and challenges. It explores finding and losing religion. When the elderly preacher-father shows up with dementia at his grown gay son’s doorstep, there are shattering revelations. Will they create the final breach in the family, bring ultimate healing, or are some things never resolved?

This book is essential for anyone who has had a troubling childhood or is struggling with coming out. It is also a must-listen for anyone wanting to follow a fast-moving, fascinating life and story. Told with frequent humor, sensitivity, and candor, it's a most intriguing story of human relationships and forgiveness. This may be the most compelling, heartwarming story you will hear about coming of age as LGBTQ in America.