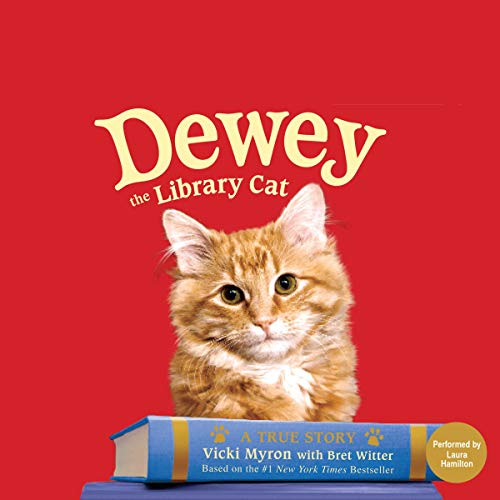 Abandoned in a library book-drop slot in the dead of winter, the small kitten who came to be known as Dewey Readmore Books miraculously endured the coldest night of the year. When librarian Vicki Myron found him in the morning, she wrapped him in her arms, gave him his first bath, and then introduced him to his new home: the library.

Dewey charmed Spencer, Iowa’s library-goers, young and old, with his ability to know just which visitors needed a friend. And as word of his heartwarming tail - or rather, tale - spread, Dewey gained worldwide fame as proof positive that one small cat could change a struggling town, one person at a time.

In this adaptation of the number-one New York Times best seller Dewey, everyone’s favorite library cat inspires a new audience of listeners with his story of courage, survival, and above all, love.