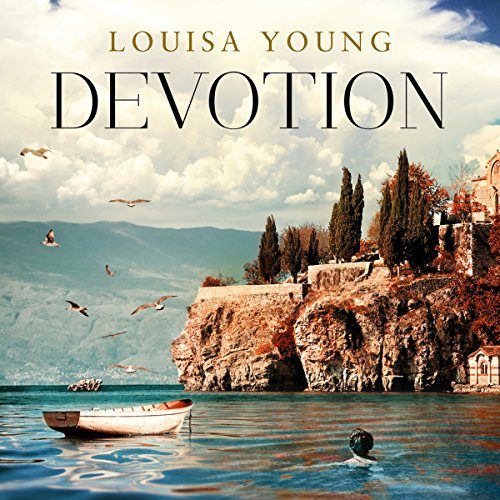 From the best-selling author of My Dear, I Wanted to Tell You and The Heroes' Welcome, Louisa Young's Devotion is a novel of family, love, race and politics set during the electric change of the 1930s.

Tom loves Nenna. Nenna loves her father. Her father loves Mussolini. Ideals and convictions are not always so clear in the murky years between the end of the First World War and the beginning of the second.

For Tom and Kitty Locke, children of the damaged WWI generation, visiting their cousin, Nenna, in Rome is pure joy. For their adoptive parents, Nadine and Riley, though, the ground is still shifting underfoot. Nobody knew in 1919 that the children they were bearing would be just ripe for the next war in 1939; nobody knew in 1935 the implications of an Italian Jewish family supporting Mussolini.

Meanwhile Peter Locke and Mabel Zachary have found each other again in London, itself a city reborn but riddled with its own intolerances. As the heat rises across Europe, voices grow louder, and everyone must brace once more to decide what should bring them together - and what must drive them apart.

Praise for The Heroes' Welcome and My Dear, I Wanted to Tell You: "Fierce and tender, The Heroes' Welcome depicts heroism on the grand scale and the importance of the tiniest act of courage." ( Observer)
"Young possesses in abundance emotional conviction, pace and imaginative energy, and these qualities will draw readers with her through time and space, as she unfolds the story of the Lockes and Purefoys on their journey through the 20th century." ( Guardian)
"If you read one novel about the effects of the First World War this year, make it this one. It has brain with its brawn and deserves a hero's welcome." ( The Times)
"Powerful, sometimes shocking, boldly conceived, it fixes on war's lingering trauma to show how people adapt - or not - and is irradiated by anger and pity." ( The Sunday Times)
"A moving exploration of the war's toll on a generation...deeply affecting." ( Metro)
"A brilliant, passionate, intense examination of what it is to survive a war and to negotiate a peace with a body and mind that have been irrevocably altered." (Elizabeth Buchan)
"This novel is a triumph." (Elizabeth Jane Howard)
"Every once in a while comes a novel that generates its own success, simply by being loved." ( The Times)
"Birdsong for the new millennium." ( Tatler)
"[A] tender, elegiac novel. Others have been here before, of course, from Sebastian Faulks to Pat Barker, but Young belongs in their company." ( Mail on Sunday)