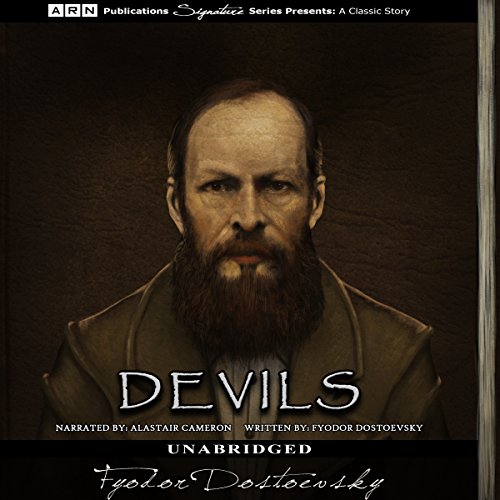 Devils, by Fyodor Dostoevsky, is a classic political satire exploring the effects of imported European ideologies such as atheism and nihilism on Christian Russia. Based on the true-life political murder of Ivan Ivanov by the revolutionary Sergey Nechayev, Dostoevsky wrote this tale of society scandals, doomed marriages and fatally misguided idealism after returning from exile in Siberia.

Set in a fictional provincial town near St. Petersburg, the story follows failed academic Stepan Verkhovensky as his patroness forces him to become engaged to her ward Darya. The marriage is a scheme to prevent Darya from marrying the patroness' own son, the strong but amoral Stavrogin. Later, the youthful idealism of Stepan's son Pyotr becomes his downfall as he assembled a terrorist cell bent on ushering in the revolution, preferably with Stavrogin at its head.

What happened to Stavrogin that he became so cruel? Who is the mysterious stranger Marya, who claims to know Stavrogin from his time in St. Petersburg? Will the nihilist plot be discovered in time, or will the town descend into murder and mayhem?