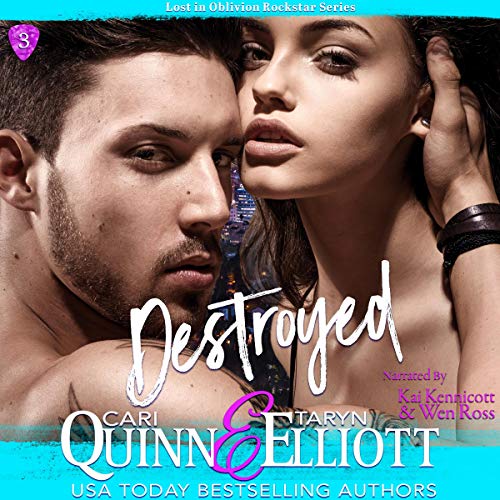 Only one woman has ever refused him...and she's the only one he wants.

Now that he's successful beyond his wildest dreams with his band Oblivion, Simon Kagan is happy to enjoy his all-access pass to the groupie train. After getting more fists in the ribs than hugs growing up, he discovers having a warm female in his bed is an easy way to escape the loneliness.

From the moment the classy, buttoned up violinist entered his sphere, he knew she was different. After one amazing night in the studio, he feels like he's finally connected with someone on a deeper level - only to have her walk away without a backward glance.

As a member of the Boston Symphony orchestra, Margo Reece's life revolves around the regimented structure of a second chair violinist. But Simon's uncanny ability to crawl into a song and create a smoky, sin-filled experience translated into the hottest night of her life. She walked away afterward because that's what she was supposed to do.

And Margo always does what she's supposed to.

When she's called on again to blend her sound with Oblivion's, she has to make the decision to play it safe or let her wild side free.