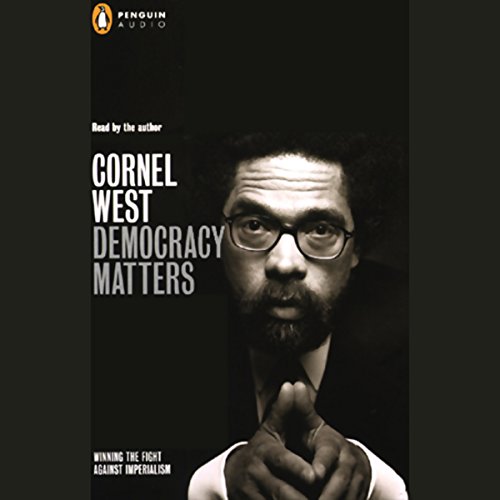 Democracy Matters is Cornel West's bold and powerful critique of the troubling deterioration of democracy in America in this threatening post-9/11 age of terrorist rage and imperial overreach, and an inspiring call for a resurgence of the deep democratic tradition in our country, which has waged war on the forces of imperialist corruption throughout our history.

Praised by The New York Times for his "ferocious moral vision", West, in this vital sequel to his major best seller and contemporary classic Race Matters, returns to the analysis of what he calls the arrested development of democracy, both in America and in the Middle East, with a hard-hitting diagnosis. A callous free-market fundamentalism, an aggressive militarism, and an insidious authoritarianism are driving a bullying imperialism.

But there is a rich and empowering tradition in America to fervent commitment to the fight against imperialist corruptions, and West brings forth the trenchant voices of that great democratizing tradition, from Ralph Waldo Emerson to Toni Morrison, in a brilliant and deeply moving call for the revival of our better democratic.

This impassioned and empowering call for the revitalization of America's democracy, by one of America's most distinctive and compelling social critics, will reshape the raging national debate about America¿s role in today's troubled world.