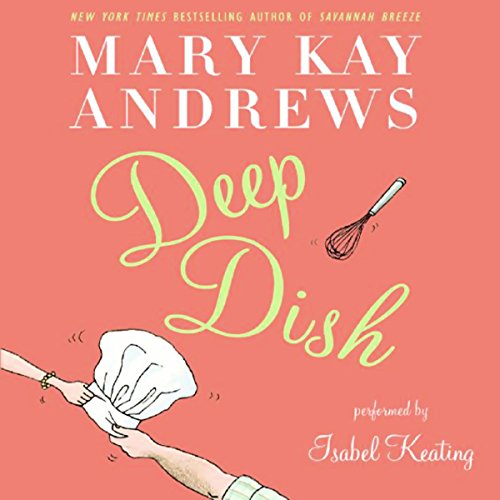 Another delicious treat full of Southern sass, wit, and charm from the New York Times best-selling author of Savannah Breeze and Hissy Fit.

Chef extraordinaire Gina Foxton doesn't expect anything to be handed to her on a platter. After years of hard work, the former runner-up Miss Teen Vidalia Onion is now the host of her own local Georgia public-television show called Fresh Start, and she's dating the show's producer.

But when her show gets canceled - and she catches her boyfriend in flagrante delicto with the boss' wife - Gina realizes that she's meant for bigger and better things. Namely, a gig on national television.

The Cooking Channel is looking for its next big star, and Gina is certain that she fits the bill. Trouble is, the execs also have their eyes on Mr. "Kill It and Grill It" Tate Moody, the star of a hunting, fishing, and cooking show named Vittles. Tate is the ultimate man's man, with a dog named Moonpie and a penchant for flannel shirts. He's also a tasty side of beef with a swooning female fan base. All Gina has on her side are a free-spirited, college-dropout sister and a mother who calls every single day.

Little does Gina know, though, that she and Tate are soon to embark on the cook-off of their lives, spiced up by a little ingredient called love.