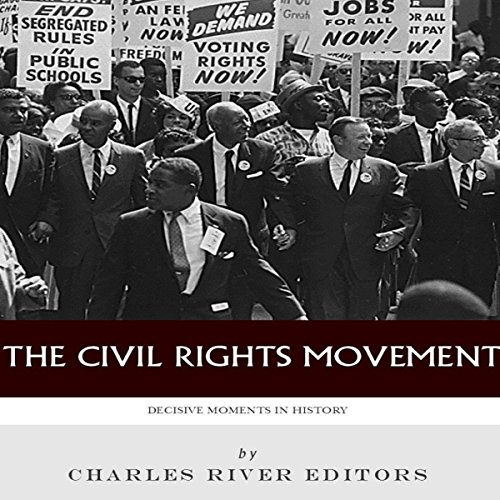 "Find out just what any people will quietly submit to, and you have the exact measure of the injustice and wrong which will be imposed on them." - Frederick Douglass

"Our objective is complete freedom, justice, and equality, by any means necessary." - Malcolm X

When famous political philosopher, Alexis de Tocqueville toured the new United States of America, he was impressed by the representative government set up by the Founders. At the same time, he ominously predicted, "If there ever are great revolutions there, they will be caused by the presence of the blacks upon American soil. That is to say, it will not be the equality of social conditions, but rather their inequality, which may give rise thereto."

Today, every American is taught about watershed moments in the history of minorities' struggles for civil rights over the course of American history: the Civil War, Brown v. Board of Education, Rosa Parks' refusal to give up her seat, Dr. Martin Luther King, Jr.'s "I Have a Dream" speech, and the passage of the Civil Rights Act of 1964. Indeed, the use of the phrase "Civil Rights Movement" in America today, almost invariably refers to the period of time from 1954-1964.

However, the American Civil Rights Movement actually came into existence long before it is presumed to have done so. The Movement's primary work was slow, evolving, gradual, and long-term. Its more glamorous moments, such as the Montgomery Bus Boycott (1955–1956), the Selma to Montgomery March (1965), and the March on Washington (1963), mainly were supplemental to the all-important grassroots work already going on in communities, churches, legislatures, and courts. The nascent stages of the Movement actually began far earlier, among abolitionists and the writings and activism of Frederick Douglass and others. The Civil Rights Movement also included counternarratives, led by activists like Malcolm X, who pointed out that Brown v. Board may have demanded integration, but it did not implement it. Insisting that politely asking the government for civil rights was futile, Malcolm X represented the face of the civil rights movement that demanded stronger words and action than nonviolent protest. Decisive moments in history: The Civil Rights Movement comprehensively covers the struggle for civil rights in the United States, remembering its most famous and memorable events, but also highlighting its lesser known ups and downs on the path to equality. With this audiobook, you will learn about the Civil Rights Movement like you never have before, in no time at all.