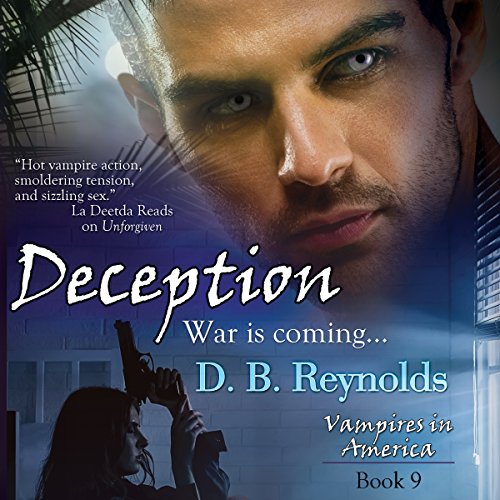 Raphael - powerful, extraordinary, arrogant. He’s been eliminating rivals and gathering allies, determined not just to survive, but to demolish the Europeans who think they can steal what he’s worked for centuries to create. In a final bid to avert a war that seems inevitable, Raphael agrees to meet an enemy he knows of old. She is formidable, wily, and not to be trusted. But in his arrogance, Raphael believes he can foil whatever treachery she has brewing.

Cynthia Leighton - Raphael’s human mate, beautiful, smart, and deadly when threatened. She doesn’t trust anyone, much less a powerful vampire claiming to want peace. So while Raphael prepares to negotiate a treaty, Cyn is preparing for the inevitable double-cross that she knows is coming. Raphael worries about saving thousands of vampire lives. She only cares about one, and she will do anything to keep him alive and in her arms.

When Cyn is proven right, when it all falls apart and Raphael’s enemies draw on ancient magic to trap him, taking him away from Cyn and out of the war, it all falls to her - to find Raphael, to save the thousands of vampires who will die if she doesn’t succeed...and to kill every single being, human or vampire, who gets in her way.

D. B. Reynolds is the RT award-winning author of the popular Vampires in America series of paranormal romance/urban fantasy, and an Emmy-nominated television sound editor. She lives with her husband of many years in a flammable canyon near Los Angeles.