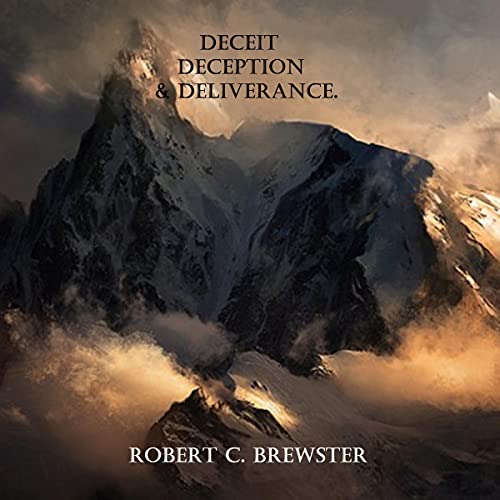 The queen and the pope are both expected to arrive in Canada within two weeks of each other and Montreal is in turmoil as the city prepares for its 350th anniversary. The Gippson Brothers' farewell tour is also passing through the city and Zachary Gippson, the new "King of Pop" has some very deceptive and deceitful plans for his minions of fans who would see him live on this world tour. And Montreal's vibrant and distinctive underworld is in chaos as it's mafia capoa are meeting with very untimely and mysterious deaths due to an unknown spirit who possesses them. Some of the Tall Ships from Marseilles, France destined to dock in Montreal as part of the celebrations are disappearing at sea and some people are asking hard questions that demand answers.

What the hell is going on here? Deceit, Deception, & Deliverance will have you hooked from the very first lines as author/narrator Robert C. Brewster expertly takes us on roller-coaster ride of action, suspense, and emotional romance that you will remember for a very long time.