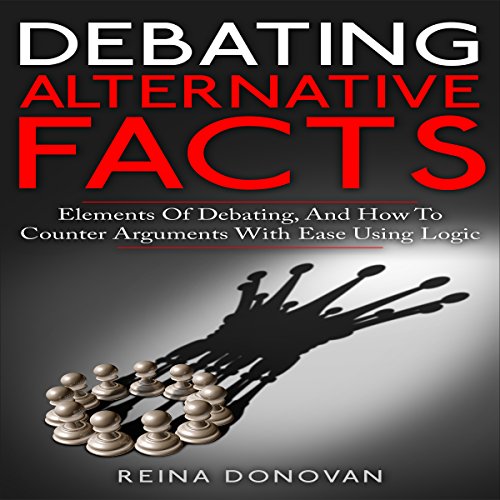 Politics can be tricky, and things get even harder to understand when there are alternative facts involved. Alternative facts can turn things around for entire movements, make it hard to know whether or not you are getting the real truth, and compromise the integrity of someone when they believe in something. If you have ever heard an alternative fact before, you will know that they can be really negative and may even seem to be slightly absurd because of the way that people have chosen to use them.

What do you do, though, when you come across someone who believes in alternative facts and wants to debate with you? You debate them, of course.

At first, it may seem complicated to reason with someone who thinks a reality star should be president, that cigarettes don't kill, and that crime is going up (thanks to gay marriage, perhaps?), but in this book, you will learn exactly how to fight the alternative facts.

As you go through the chapters, you will learn about the basics of alternative facts and how they can be detrimental, the elements that you will need to understand of a debate and how false equivalency can hurt everyone. You'll also learn some helpful techniques that you can use while you are debating so that you can make sure you are able to win the debate that you are a part of.

Are you ready to start winning against irrational people?